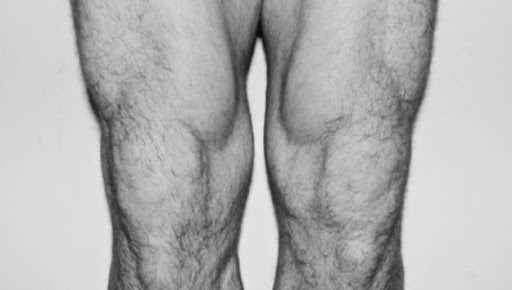 Male hair removal has now become a routine for many men, for a very large number of reasons. And it is a hallmark of how fashions often change in relation to the times, often almost without warning, or without being noticed.

An example? Until a few decades ago men shaved their faces carefully, taking care not to leave that thin layer of beard that is now considered sexy, but was at the time seen as an indicator of sloppiness, neglect and poor hygiene. While as regards the other parts of the body, the hair could grow luxuriantly, without worrying about having to hinder its spread (indeed, the tuft of fur outside the shirt is a timeless classic of the disco-truzzo style).

Today? Today is the exact opposite: the beard has become a sensual symbol of caring for one’s image, while the hairs – mainly those of the chest and shoulders (but there is no shortage of fans of full male hair removal) have been degraded to the status of “unwanted” unsightly factor “.

With the result that more and more men have ended up stealing tweezers and depilatory creams from girlfriends, wives, aunts, sisters … and who has more, the more they add.

When it comes to male hair removal, there are those who tend to take the issue lightly by relying on a practical (and often guilty hurried) do-it-yourself via razor, and those who prefer to rely on more expert hands and resort to waxing.

But what is the best solution? Obviously the answer is subjective, in the sense that the answer will depend on your specific needs. So let’s see what are the main features of razor and waxing hair removal, briefly analyzing also the most popular alternative methods.

The razor embodies the essentiality, speed and practicality of use: in fact, a time between 5 and 15 minutes (depending on the areas of the body to be depilated, and your care in handling it) will be enough to get rid of the hair without having to ask anyone’s help.

As a rule, the most prudent will remember to take a hot shower before starting the procedure, in order to soften the skin and hair, applying a special cream or detergent on the area to be shaved. To then end with a beauty emollient that can prevent irritation, and give the skin a fresh and relaxed appearance.

However, there is a “though” not insignificant: razor hair removal is the most impromptu in this respect, since its results are not appreciable for more than 24-48 hours, depending on the regrowth times. of everyone.

And then? Then you will start to see those black dots pop out again. And they will be even more tenacious and robust than before. Furthermore, those who have a high density of hair per square millimeter of skin, with shaving, are even more subject to the annoying phenomenon of ingrown hair.

So the advice is not to frequently use the razor (whether electric or razor blade, the end result is the same) for depilation of areas such as the chest, legs or arms, otherwise in the long run it risks being counterproductive.

Instead, it can be an effective “makeshift” solution in case you need to shave quickly, and there is no one to resort to for waxing. What not to do with the razor: do not shave dry, and if the hair is longer than 1 cm it would be advisable to shorten it with an electric razor, before working the blade.