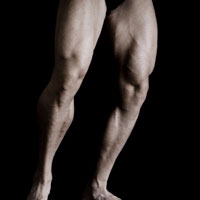 In the eyes of a woman, on a physical level, a man can be attractive for many different reasons: the look, the hands, the smile, the physical body or the well-groomed appearance. Certainly, however, perhaps many will not believe what emerged from a study conducted by researchers at Imperial College London and published by the Royal Society Open Science: the length of a man’s legs would really attract a woman.

In reality, the discussion is much broader: rather than leg length, in fact, we should speak of proportions, that is, of the general harmony of all parts of the body together. This study involved 800 American women between 17 and 79 years of age, who evaluated the body and face of a series of computer-generated male models, mixing the physical characteristics of 9000 men.

The results revealed that the men most attractive to women are those whose legs are about half their total height; the less attractive men, on the other hand, would be those who have too long or too short legs. During the tests, the researchers changed the size of various parts of the body of the male models proposed, not only the legs but also the arms, neck, hips and so on. Yet, only for the legs has there been a clear preference for those well proportioned with the rest of the body.

According to the researchers who conducted this study, this perception by women would be caused by an evolutionary type of judgment system, as people with too small limbs are often so due to diseases, such as type II diabetes; those with well-proportioned limbs, on the other hand, are perceived as healthy individuals. In any case, research confirms that beauty derives from the right proportion of each individual element.