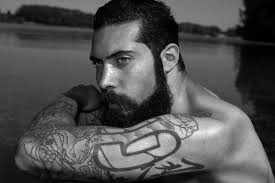 The concept of “beautiful” is known to be very subjective, however there are universally recognized parameters that many agree on what is perceived as “beautiful” and what is not.

Most women will say with certainty that the most handsome man is the beloved man, but is it really so? What attracts us about a person? Just the physical aspect or even the charm we perceive?

Many scholars of anthropology have documented how the concept of “beautiful” has evolved in history going up to the present day. In Roman times, for example, the extra curvy woman was considered the greatest example of sensuality.

Gradually the perception of beauty of the female body has evolved up to the present day when the classic 90-60-90 is the perfect example (or algorithm) to define female beauty.

But for men? Are there beauty parameters to consider? And what are they? Also in this case the perception of “masculine handsome” has evolved. While in antiquity the standard of reference was Greek and Roman sculptures, with the Renaissance and the industrial era the concept of beauty has moved more on the “fascinating”.

And now? It is safe to say that there are millions of opinions on male beauty. Experts have tried to establish a universally recognized “canon” to calculate male beauty through the famous “golden section” theory, that is, a perfect proportion between body, limbs and face.

Based on this theory, the actor George Clooney represents the example of the most handsome man according to the different parameters, managing to reach the ideal coefficient of 91.86% (and therefore beauty).

In second place is another Hollywood actor, Bradley Cooper who with his 91.80% of correspondence seems to be the best example of beauty theory and age.

The third place is also firmly in the hands of a movie star, Brad Pitt who despite his age (he is 53 years old, not really a youngster) has a rating of 89.63% and has always been in the ranking among the most beautiful and fascinating in the world.

And you, what do you think? Do you consider this top 3 in line with your concept of male beauty?